was a success! Tickets for FinDEVr London and FinDEVr New York are at their lowest prices now. Register today for London or New York to save your spot!

FinDEVr Previews highlight the companies that will present their latest developer tools, platforms, and integrations at FinDEVr 2015 San Francisco on October 6 and 7. Pick up your ticket before Friday, September 11 and save $100 on an Early Bird ticket!

Backbase will be talking about its Digital Banking Platform and its Open Banking Marketplace. Fueled by a strong open-API strategy Backbase’s platform gives FI’s the ultimate freedom and flexibility to work with any core or third-party vendor to create a best-of-breed digital banking offering for their clients.

For banks: Get an open platform that is truly able to deliver a superior customer experience while providing the FI full control to manage and maintain. There’s no vendor lock-in.

For fintech companies: The option to work with many banks via the Open Banking Marketplace and making their services available within a robust platform.

Are you building new financial technology? Be sure to register soon for the only event exclusively for fintech developers, FinDEVr 2015, Oct 6-7 in San Francisco.

The latest from upcoming FinDEVr 2015 presenters:

Customer Experience Platform
Backbase Engage stems from Backbase’s Customer Experience Platform (CXP) which, originally, was only accessible to large banks. The CXP (see a live demo here) is a widget-based customer portal that enables banks to customize their online banking appearance and function, as well as edit and design targeted offers to create a seamless customer experience across all devices. 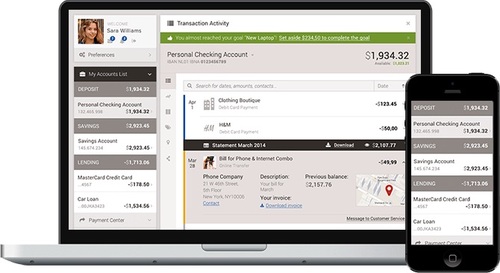 Backbase Engage
Smaller banks with outdated core banking providers can benefit from a one-size fits all solution in order to work with their legacy system. Backbase Engage upgrades institutions’ existing systems by providing a new digital banking solution, working on any device and channel. It runs on the FI’s existing core banking stack, and enables the institution to integrate new functionality from providers in the Open Banking Marketplace. At the same time, it offers full control to the FI to manage the user experience with the integrated CXP features and Visual Editor.

Widgets
The appeal of Backbase Engage stems from its modular and turnkey approach that enables banks to select from a wide variety of widgets.

To enable a high level of customization, the widgets draw from multiple sources and are made possible by APIs. For example, a bank may use Google Maps’ API for an ATM and branch locator. Backbase’s Open Banking Marketplace makes other services available through APIs from an array of fintech companies.

The Open Banking Marketplace hosts APIs from Backbase’s fintech partners to give FIs access to their services. Launching partners in the Marketplace include: 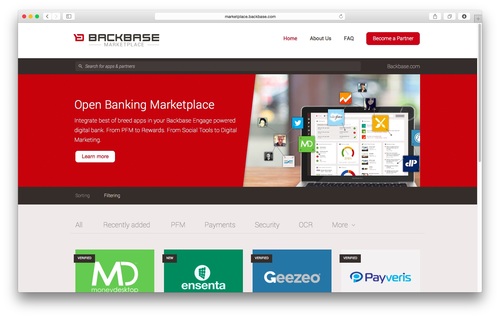 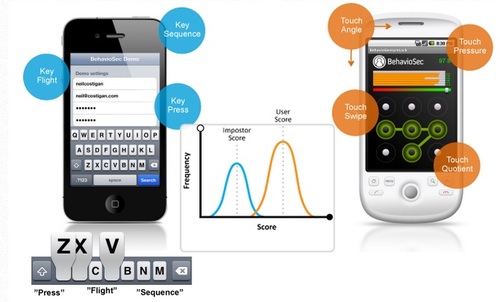 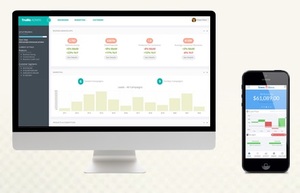 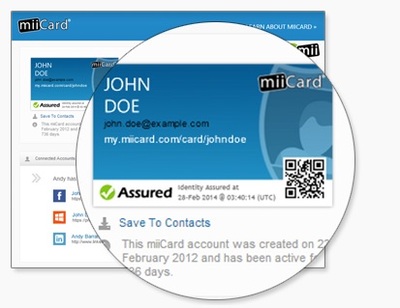 MX, an online money management and PFM tool
MX last demonstrated at FinovateFall 2014 where it won Best of Show. 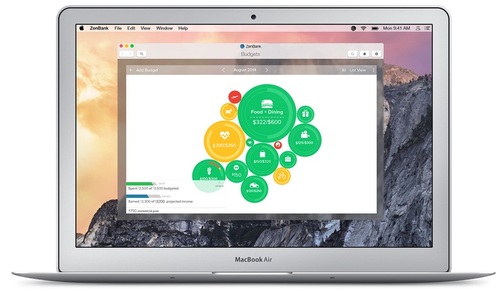 Strands, a PFM solutions provider
Strands will demo at the upcoming FinovateEurope 2015 conference in London. 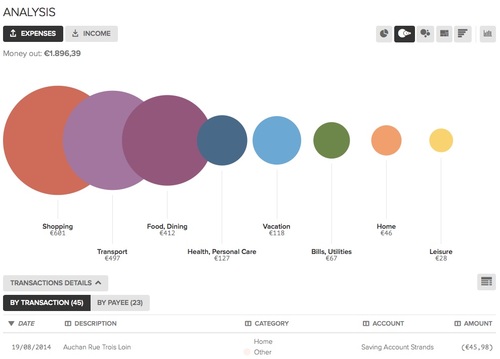 Since FinovateFall, Backbase has added partners (who are confidential at this point) and is looking for more. While most fit in the security, PFM, and loyalty categories, Backbase is not necessarily looking for partners in specific verticals. Rather, it wants to connect best of breed providers that deliver quality solutions to FIs across the globe.

Since launching in 2003, Backbase has experienced rapid growth across the globe, including signing major banks in North America, the European Union, and Asia Pacific regions. It has also opened offices in the largest financial hubs around the world. In 2014, Backbase’s revenue grew 40% and it projects the same growth trajectory in 2015.

Backbase most recently demoed at FinovateFall 2014 and will showcase its newest offering at FinovateEurope 2015 in London.